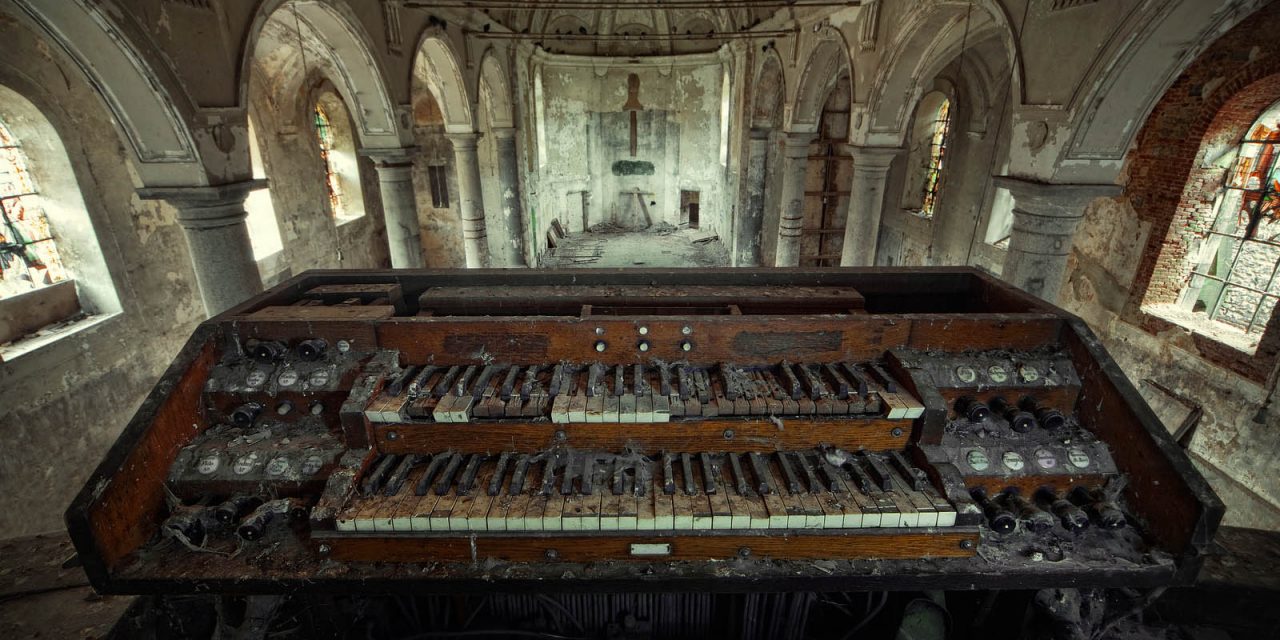 Holy places like churches and chapels are often built in grand architecture. They are tall, magnificent, beautiful and with tall pillars. Churches are constructed to last and praise a higher power. Ornaments and decorations show that this is not an ordinary building, it’s a place to worship a higher believed power.

So what happens when they are no longer needed? More and more churches around the world are abandoned and falling into decay and neglect. The contrast to the beauty and grandness they were build to radiate, and now rapidly fall apart, makes up for some eerie looking places. I love abandoned places, so for me, a building is equally beautiful once it’s started to decay and collapse, but I always think about why it happened and how it once must have looked.

Taking photographs of abandoned buildings are done by urban explorers or urbex photographers. They enter places few other people are interested in getting into and document history by awesome pictures. Sit back and scroll down this amazing image gallery of 30 stunning abandoned churches.

These are only a small image collection of what is out there. It’s incredible! Watch, share and enjoy. Remember to check out more of the works from the fantastic photographers: 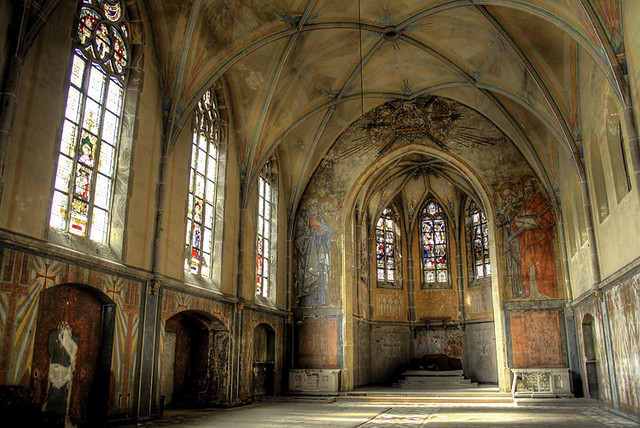 1 – The wonderful chapel of St. Josefsheim. A former Franciscan school and monastery, then a terrible Third Reich Institute, and later hospital. Now abandoned. (By Jochem Veenstra on Flickr) 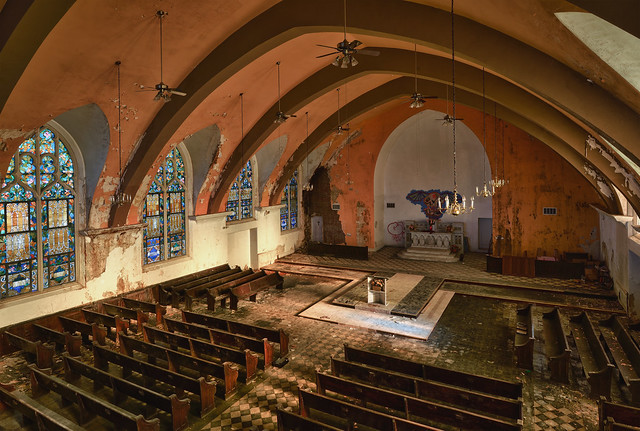 2 -huge derelict church called St Marks. The picture is taken from the balcony. (By Timothy Rice on Flickr) 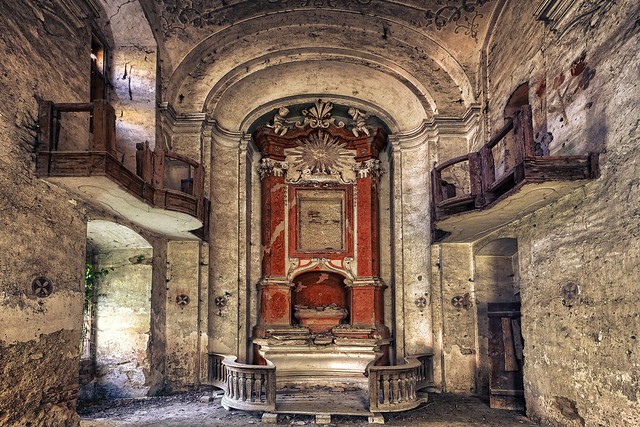 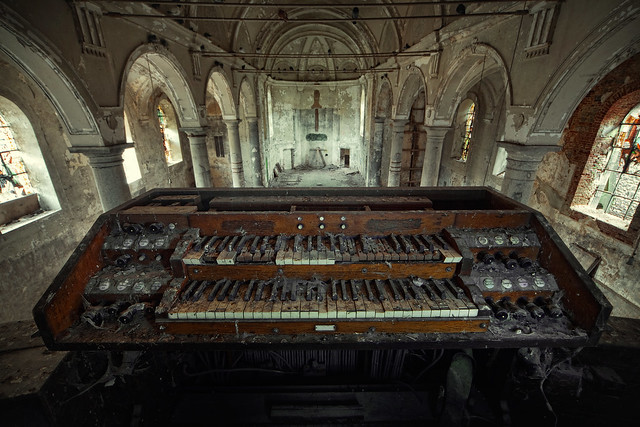 4 – This place is called ‘Gravestone church’ – hidden away in a small town in Belgium. Not many people know behind the anonymous door on street level. (By AndreasS Photography on Flickr) 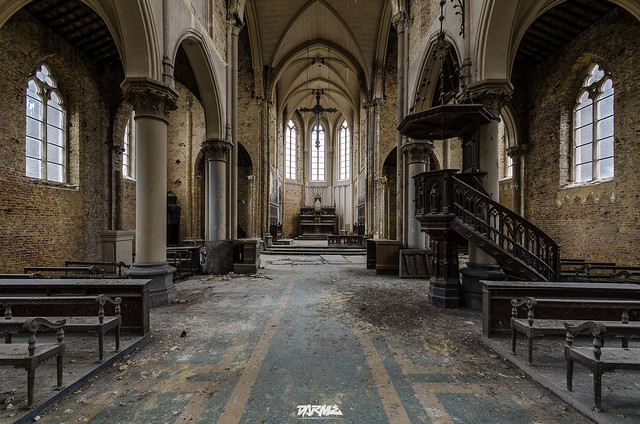 5 – A beautiful abandoned church that has seen better days. (By Darmë on Flickr) 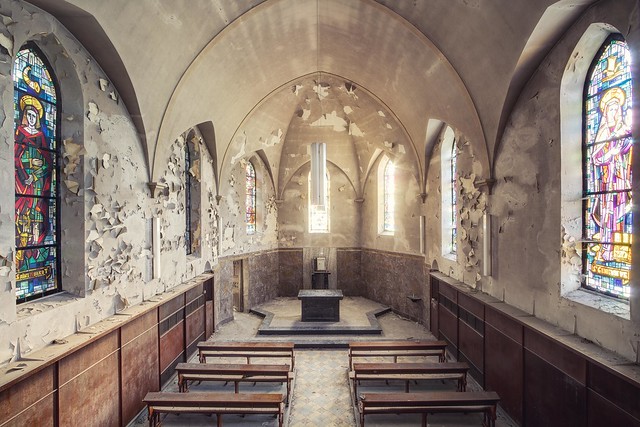 6 – Even if the priest and the congregation have gone and the paint is falling off the walls, the amazing stained glass windows are still there. (By Sébastien ERNEST on Flickr) 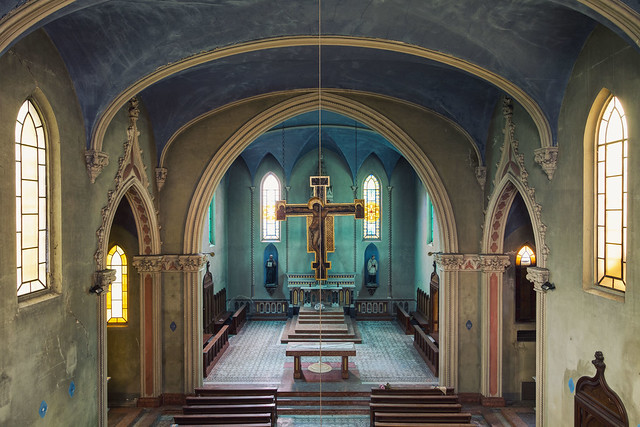 7 – Wow, have you ever seen such beautiful blue colors in a church? It’s incredible it’s just forgotten and lost. (By Sébastien ERNEST on Flickr) 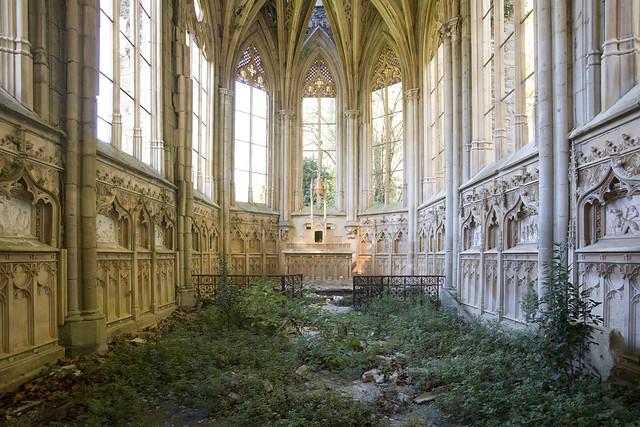 8 – It looks like a dream, but it’s real. Nature is claiming the place back slowly but surely. (By Jérémy RONDAN on Flickr) 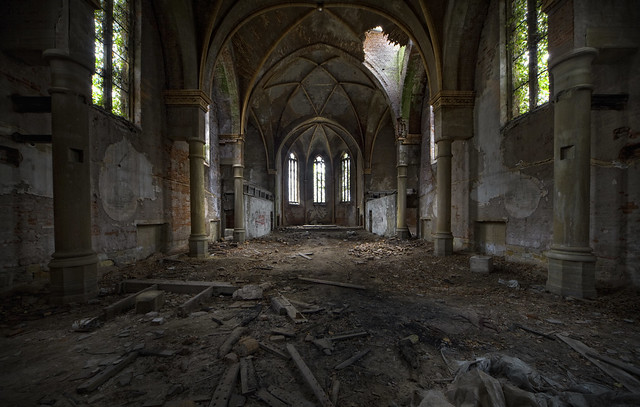 9 – Only the shell are left of this once large church in Germany. Large parts of this city have abandoned houses and buildings. Great atmosphere in this old building. (By AndreasS Photography on Flickr)

10 – Detroit has many of the most amazing buildings in the world. Love the colors and feeling of loneliness in this abandoned church. (By Chris Luckhardt on Flickr)

11 – Another beautiful old church with nice colors and light. Must have been a great place once. (By Johnny Wasted on Flickr) 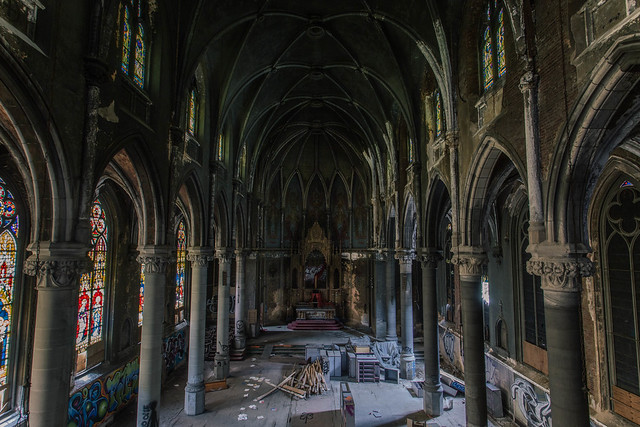 13 – Grand architecture in this decayed, forgotten place. (By Shannon O’Toole on Flickr)

14 – Shot was taken from the St. Anges Church Detroit Mi. Love the heavy decay and the bench. (By teddy eduardo iglesias on Flickr) 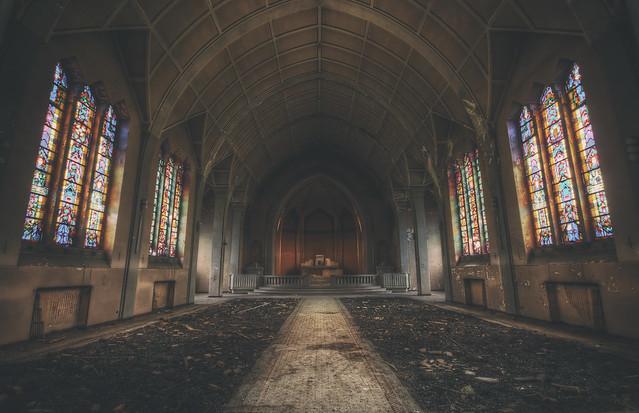 16 – A small abandoned chapel lost in time. (By onspectus on Flickr) 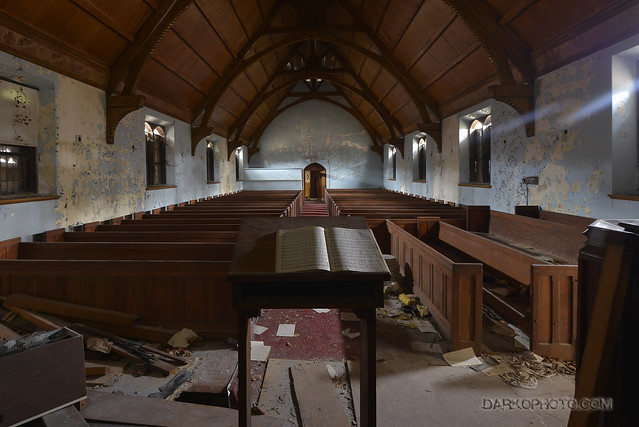 17 – The abandoned church is all empty now. (By Darkman on Flickr) 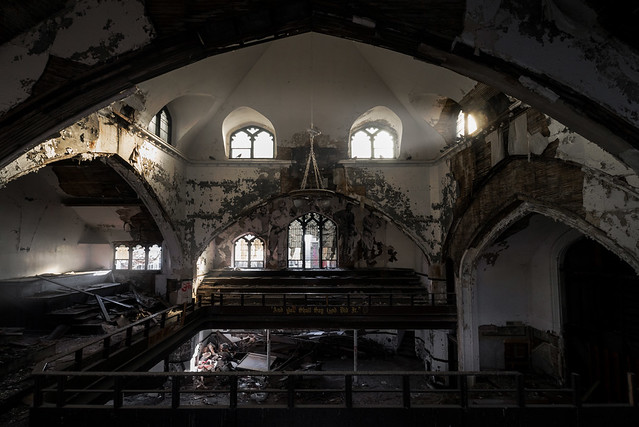 18 – Another derelict church in Detroit in great decay.  (By Pete G on Flickr) 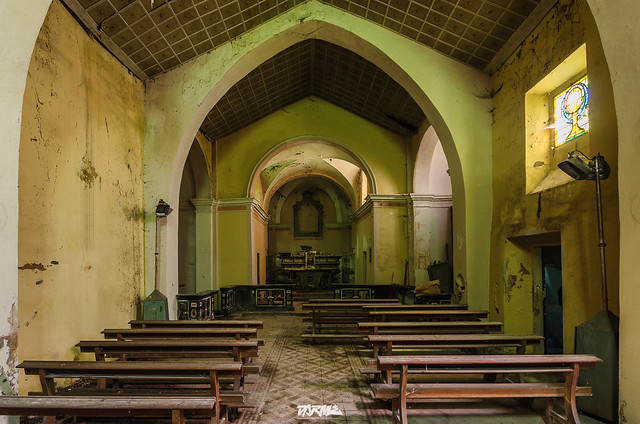 19 – This on is located in Belgium and has clearly seen better days. I like the yellow walls. (By Darmë on Flickr) 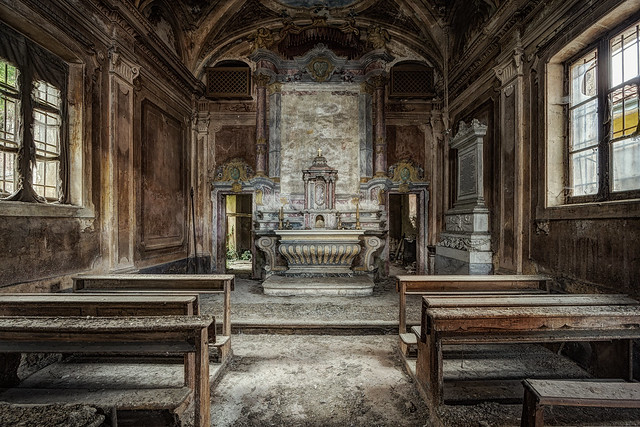 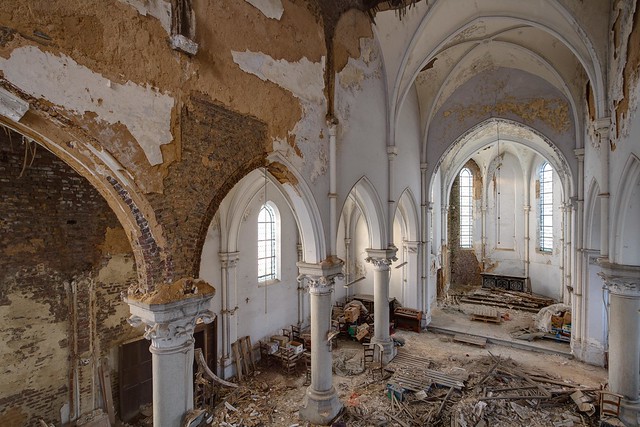 21 – Stunning church in decay. It’s unbelievable that places are left to rot like this. (By Sébastien ERNEST on Flickr) 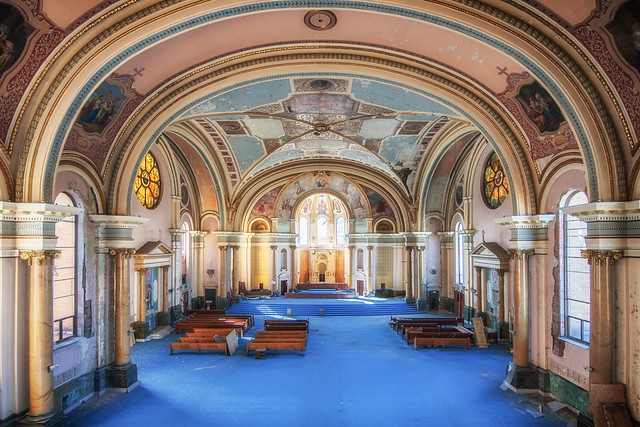 22 – Another unoccupied church in Detroit called St Stanislaus. (By Tom Hughes on Flickr) 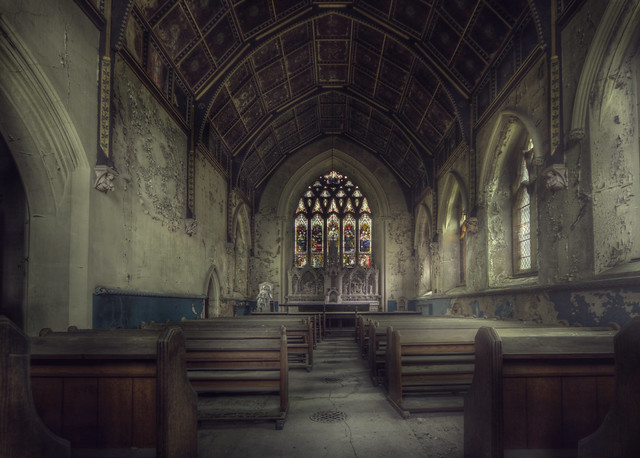 23 – The awesome chapel belonging to a priest college in The UK. (By andre govia. on Flickr) 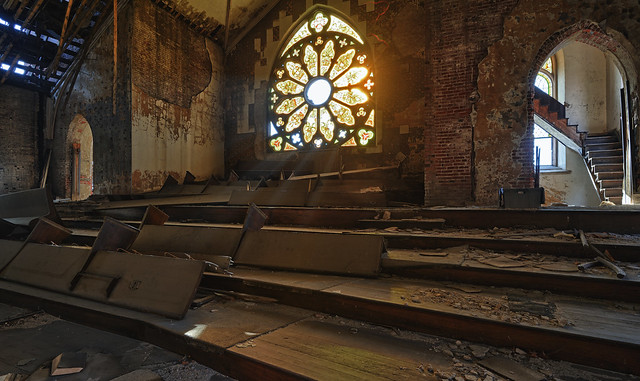 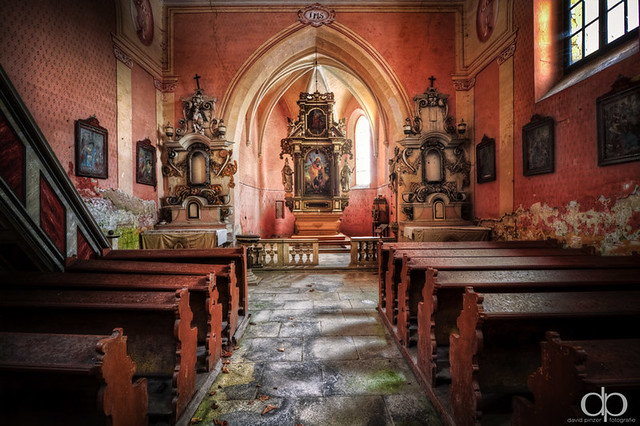 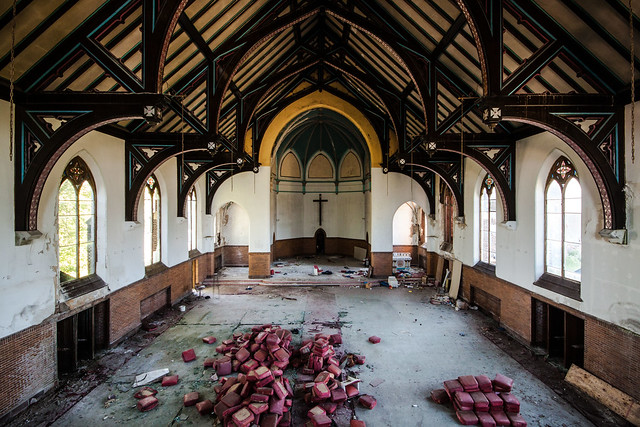 26 – It’s been a long time since this building has been used to practice religion. (By Jeremy Marshall on Flickr) 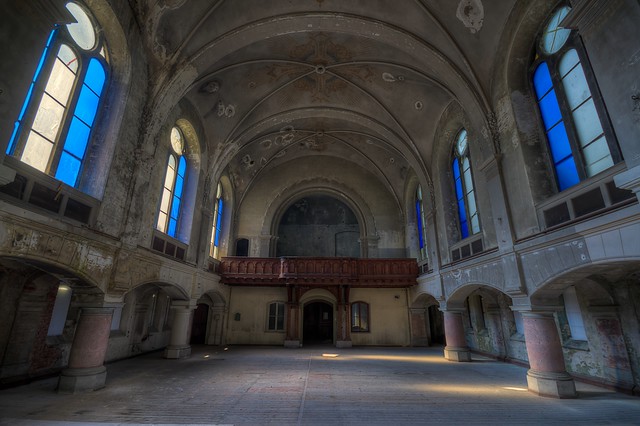 27 – Great architecture with columns, arches, and blue windows in this empty place. (By Andreas on Flickr) 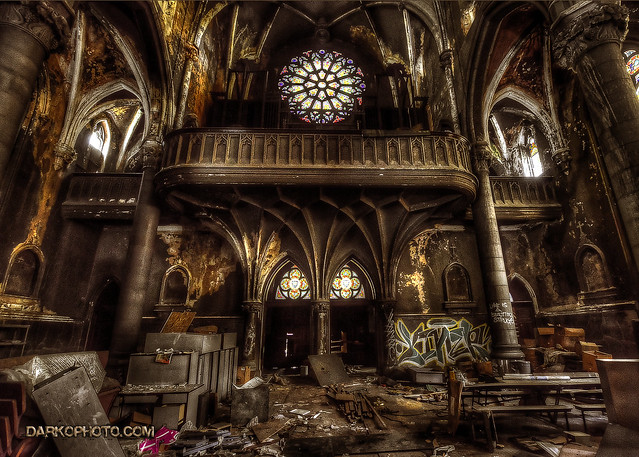 28 – The photographer has called this dark picture Temple of the Dog. Love the eerie feeling. (By Darkman on Flickr) 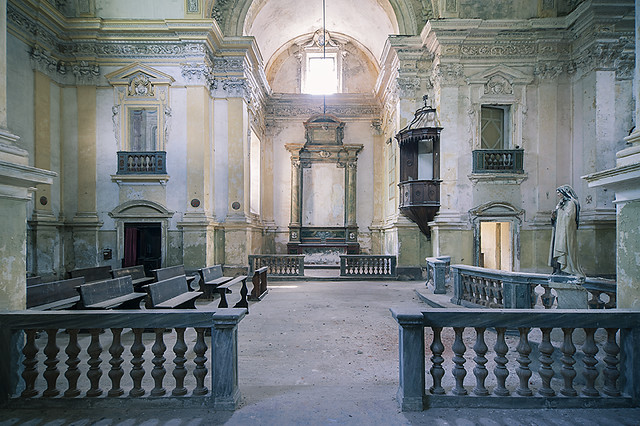 29 – Beautiful silent place in decay in Italy. (By Sonica81 on Flickr) 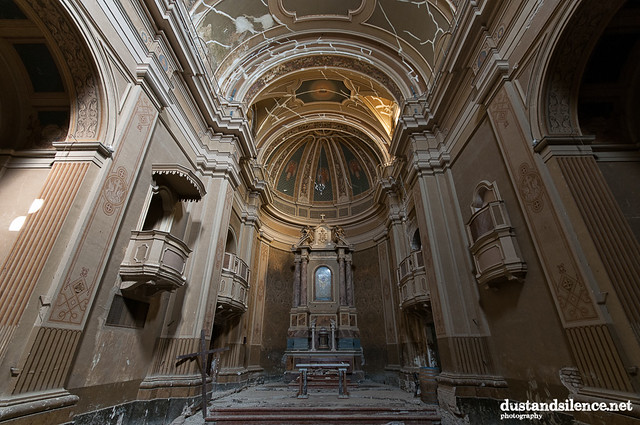 30 – The last picture is also from Italy and is called Skull’s Church. (By Marco Orazi on Flickr)

I hope you enjoyed these unbelievable images from abandoned churches and chapels. Please share to your urbex friends. 🙂 See ya. 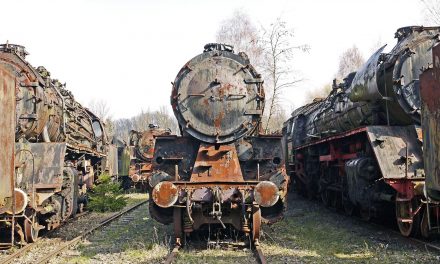